If you were to pitch the idea of online networking to me 10 years ago, I would run.

I wouldn’t buy it, and there’s probably nothing you could do or say to convince me otherwise.

Simply because we were in a much different place in life.

And as much as the internet was starting to become popular, a lot of people just wouldn’t believe that it’s powerful enough to bring hundreds of people together, much less, to celebrate entrepreneurship & help owners who are looking to grow.

Networking in…for example, was face to face, until the dreadful COVID-19 happened.

And with a full lockdown in place, after 2 years of face to face networking, we had no choice but to switch online, just like the rest of the world.

Remote working became a thing, and so did online networking.

And if you ask me, that period changed the world, permanently. Because we realised that there’s not much we can’t do from the comfort of our homes or offices.

Still, I see the pros of face to face networking. I mean, we can’t ignore the fact that seeing someone physically has a much more lasting impression.

There is none better than the other. Face to face networking and online networking both have their pros and cons, and I wouldn’t advise anyone to completely forego one over the other.

If you’re thinking about finding a tribe, what’s important is that you find a format and people that work for you.

Be that online or f2f, or dare I say hybrid.

You turn up authentically. You turn up consistently. And if you really want to fit in, you show a genuine interest in the other people.

At a networking event earlier this year, someone said to me, “When I hear Zoom, I shudder. I hate it… I refuse to network online.”

Shortly after, I told him what I do, and it was a bit of an awkward situation.

However, I didn’t really take it personally. I mean, I get it.

But on the flip side of the coin, online networking saves time. It saves money. You make connections quickly, and it’s probably less intimidating.

It’s comfortable and convenient, because you can do it from anywhere.

With online networking, you get to network on a larger scale because there are rarely ever any geographical boundaries.

And lastly, it’s a thousand times better for the planet! Lesser commuters eventually result in lower greenhouse gas emissions, which is a major contributor to global warming.

I’d be lying if I said that I haven’t been to a couple of face to face networking events this year.

And after being stuck at home during COVID-19 lockdowns, it felt like we were all prisoners let out. So yes, face to face networking felt like a breath of fresh air.

It’s kind of like working from home. It can sometimes be exhausting, and you just want to be let out. But that’s beside the point.

There’s no denying that face-to-face networking is more memorable. When you see and experience someone, you’re likely to form connections easier.

You get to see the complete picture, so to speak, rather than just a little face in the corner of your screen.

Meeting in-person also means that there’s no audio lag or cut-outs when multiple people are talking, so conversation flows easier and more naturally.

You’re able to see all the signs and the body language clearly. In the long run, face to face networking gives deep, meaningful connections.

But on the flip side of the coin, having to commute to the place of networking every so often takes up a lot of your time, which could otherwise be spent more productively.

It takes more money for fuel and other necessities.

You can make genuine, quality connections with other businesspeople, build your business, and get support on your journey either way. Virtual networking is often more convenient, while in-person networking is more natural.

And if you’re a regular at Networking in…, you’ve heard me say a thousand times that the secret to networking is in 1-2-1s. It’s in forming individual connections with the people that we meet.

Online networking does not mean forming an ‘online connection,’ alone, but it’s a great first connection before you interact with someone physically.

And face-to-face networking shouldn’t also limit you to always meeting face to face, as this takes a lot of time and money.

In the long run, a blend of both online and face-to-face networking will bring you the best possible results and help you to thrive in business.

If you would like to come along to Networking in… and experience some online networking, we’ve got some great sessions coming up. You can check them out here.

We’re always up for a chat. If you would like to talk, get in touch. Outside ideas are on a mission to help people and businesses grow. We have a range of support that can help you. 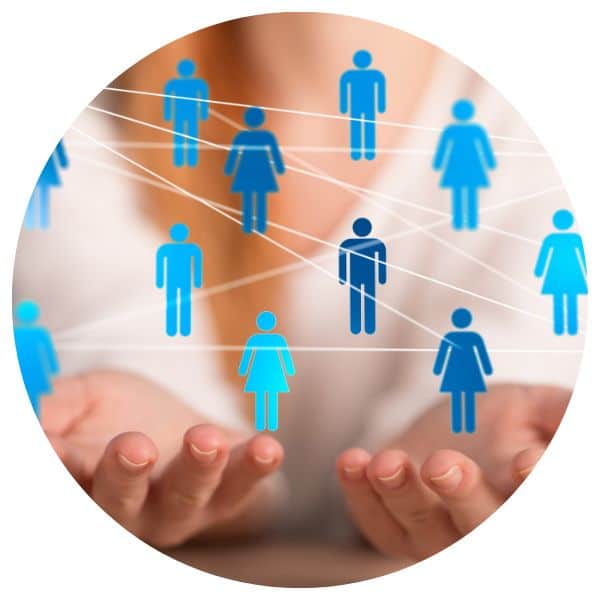 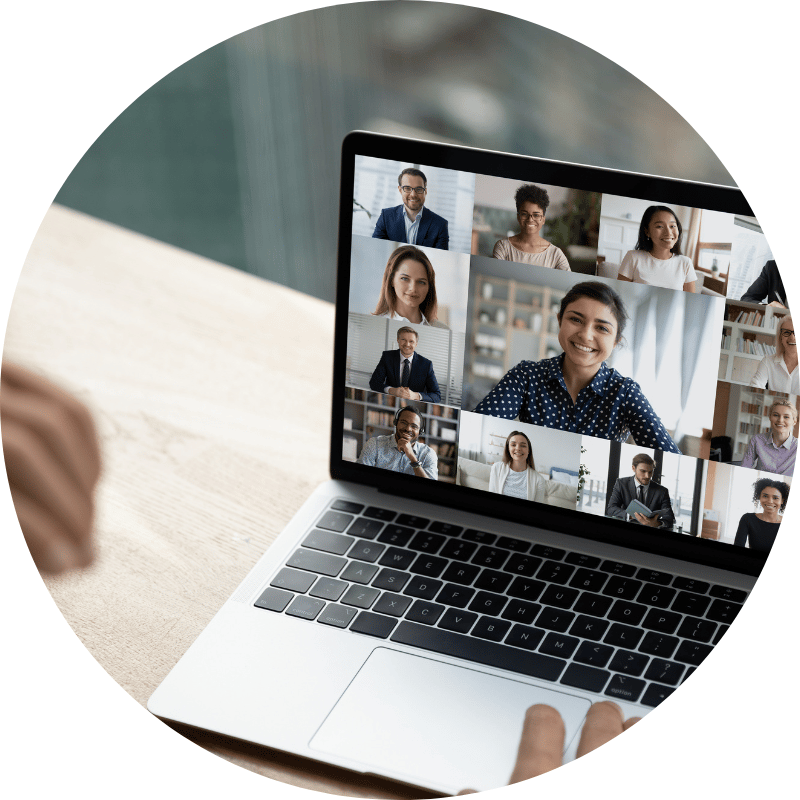