Networking in… South Oxfordshire & Vale of the White Horse 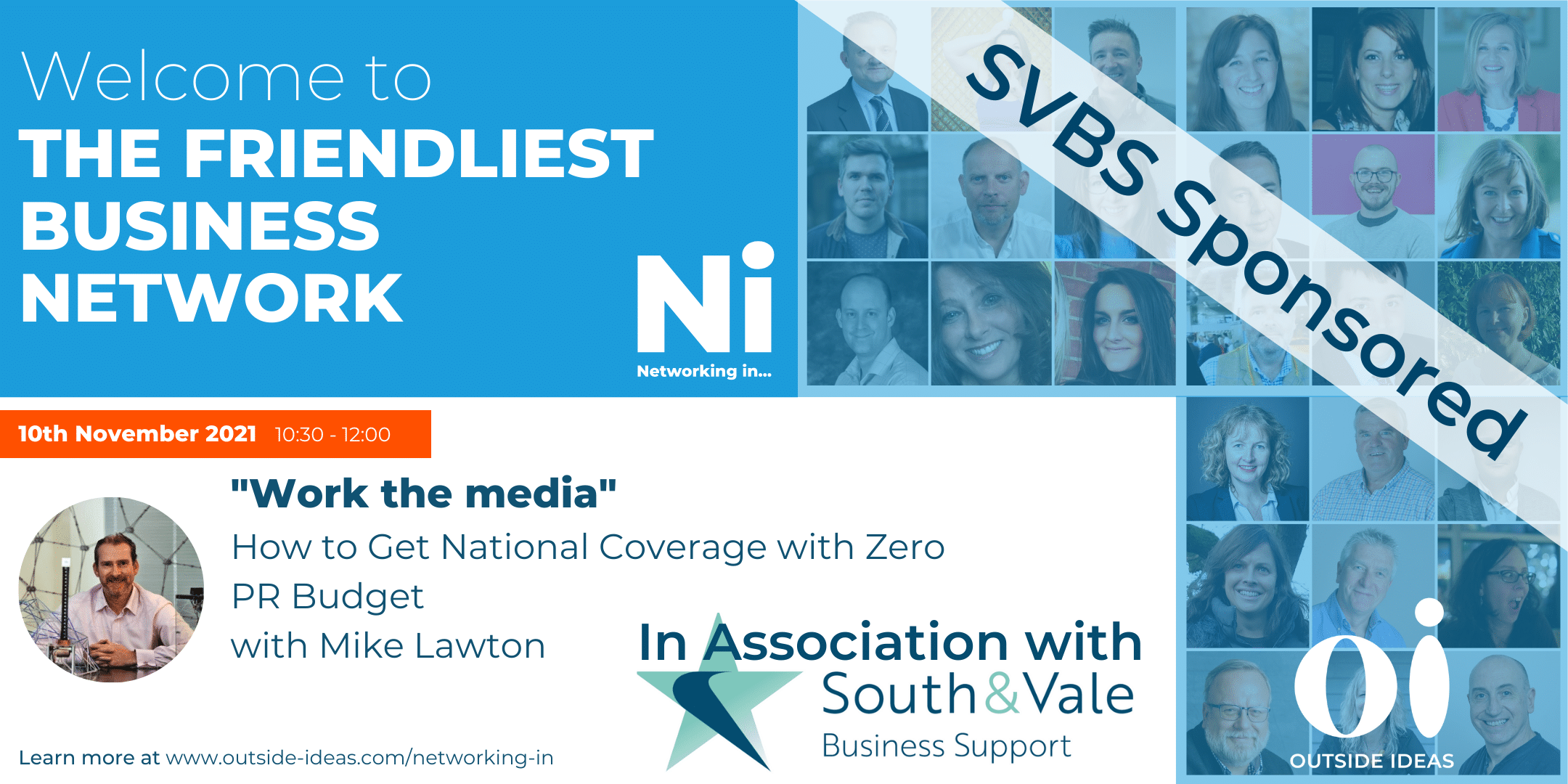 & Vale of the White Horse

Welcome to the friendliest network around

Would you like to learn how to get national PR coverage with zero budget?

Join us at Networking in South Oxfordshire & Vale of the White Horse as we welcome Mike Lawton to the gang to talk about “Working the media” Mike is a serial entrepreneur and has previously worked at the BBC. He’ll share share some tips using real life examples on how you can work the media without having any budget.

What works for one person can sometimes be a complete turn off for another. We looked around at all the other groups, took the best bits; and did it our way.

We believe that the best networking groups are diverse in age, sex, race and religion. We also believe that people buy from people; we don’t exclude or have caps / exclusivity within a sector. If you want to win business in our rooms; you’ll win it because of who you are, what you do, and how you do it; rather than you being the only option. In our groups, you’ll have ample opportunity to tell your story, listen to everyone else’s, and then have the time to make all the connections you want.