Networking in… with Richard Kennell 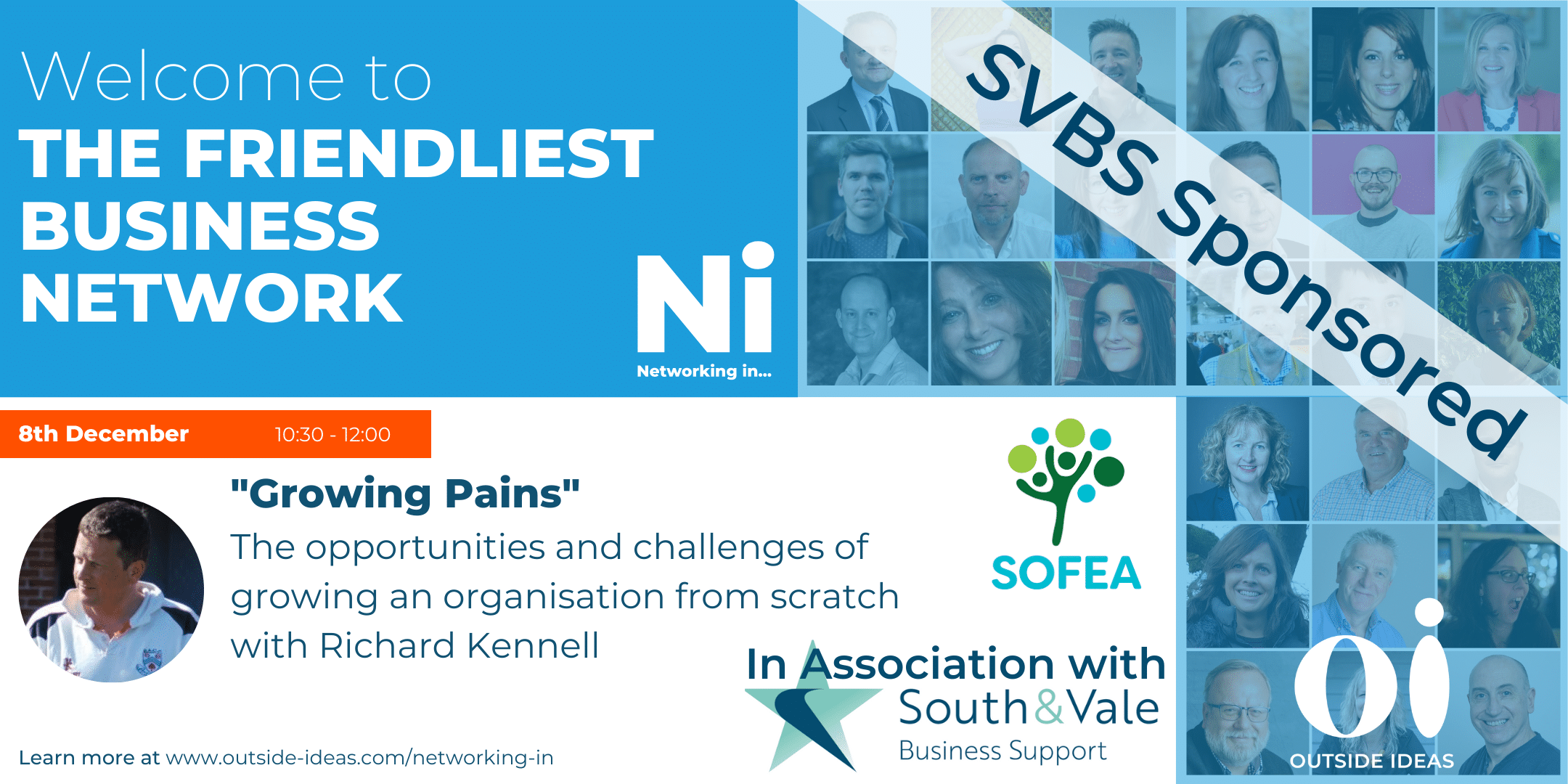 & Vale of the White Horse

Welcome to the friendliest online network around.

Our online networking events are fun, friendly, faced paced, and will leave you motivated and full of energy.

Join us at Networking in South Oxfordshire & Vale of the White Horse as we welcome Richard Kennell. Richard is the CEO of the Oxfordshire based enterprise SOFEA, he’ll be talking about the growing pains associated with running a growing business. SOFEA is a charity founded by Richard in 2014, providing education, training and wellbeing to people in the South Oxfordshire area. They provide this support through their logistic operation – distributing 100 tonnes of surplus food per month across the county. In its 8th year SOFEA employs 94 people and has an income of £2.4m.

What works for one person can sometimes be a complete turn off for another. We looked around at all the other groups, took the best bits; and did it our way.

The best networking groups are diverse in age, sex, race and religion. We also believe that people buy from people; we don’t exclude or have caps / exclusivity within a sector. If you want to win business in our rooms; you’ll win it because of who you are, what you do, and how you do it; rather than you being the only option. In our groups, you’ll have ample opportunity to tell your story, listen to everyone else’s, and then have the time to make all the connections you want.